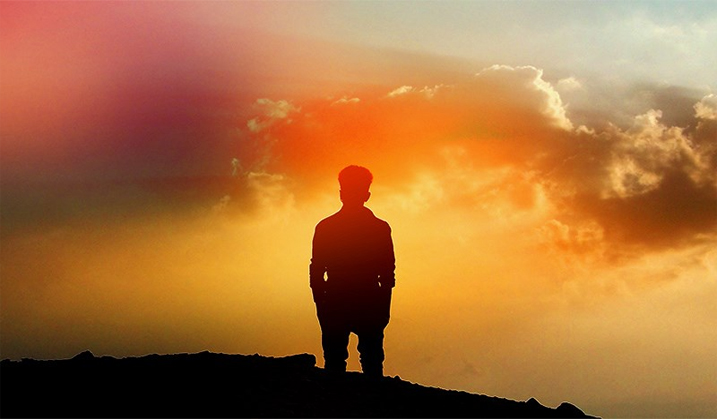 One Sunday morning, after my age reluctantly reached 50, I was taken aback by watching myself living in my restroom mirror. Bloodied and disappointed, I murmured, “the only bad thing about turning 50 is, well, turning 50.” But later I was proven wrong when I found the sun still shining brightly on my head. I realized that Victor Hugo was right to say: “forty is the old age of youth and fifty is the youth of old age”.

I congratulate those who, like me, has earned the distinction of reaching 50 from the bottom of my heart. Now you have the opportunity to grab the second half of your life and reinvent yourself should you choose to do so. I hope you remember what George Bernard Shaw once said, “Age is strictly a case of mind over matter. If you don’t mind, it doesn’t matter”! Welcome to the fifty plus club.

Few years back when I visited my friend’s place I found him sleeping on a couch with the TV blaring than he did on a king-sized bed. It was an indication that he was fast approaching 50. Now that he has crossed 50, it is one of the most important events of his life – like marrying, getting a ‘real’ job, having a child, losing a parent etc. I am sure he has embraced new changes and challenges in midlife with excitement rather than with a heavy heart and resentment. Now is the time when he can say ‘no’, and mean it and he can say ‘yes’, and also mean it. Like every fifty year old he will own his opinion now, feel no insecurity about his thoughts, perspective, interpretation and outlook. They are his and his alone.

Though I know his own daughter doesn’t agree that her daddy has become a ‘serious adult’, he may still feel 50 when some people around him will talk about the 1980s as if they were the 1920s. Or the way friends may call him on a Sunday morning at 11:37 and tentatively ask, “Did I wake you”? Let me give all 50 plus people a friendly advice: don’t fulfill people’s expectation by acting your age. It is not part of your holy responsibility to accept perceive restriction of a particular number. Hope you still remember the quotation from George Bernard Shaw that says: “Age is strictly a case of mind over matter…..bla, bla, bla…” and sincerely consider yourself much younger than your biological age.

Now is the time my friend may find a few gray hairs sullied his head, new stains in his waist, back, and knees that weren’t the day before. But there should not be any time whining except the urgency of maximizing the other half of his life. I am sure 50 will not deter him from entitling himself to consume spicy food, to be messy, to be extravagant and to be greedy for all that life offers. Remember when former President George H.W.Bush went skydiving over the coast of Maine a few years back to celebrate his 85th birthday? His remark was: Just because you are an old guy, you don’t have to sit around drooling in the corner. Get out and do something. Get out and enjoy life”. Bravo! As Mr. Bush went to the sky, for a change, we explored deep sea at Andaman wearing well stretched swim suits over our bulging bodies, diving into the waves with abandon, doing snorkelling and scuba diving. So what if it had attracted a few amusing glances from some bikini clad young teenagers ? They, too, will get to 50 plus someday !

While speaking about the teenagers one thing come to my mind that I want to share with you today. Do you know some people claim that one of the rewarding parts about entering the 50 plus club is to finally understand what all the smart grown-ups had told you when you were a lost (!) teenager ? May be, maybe not. Who cares? But let it be kept between you and me my dear friend…don’t ever make it public that I secretly nurture a dream of becoming a virtual teenager once again. Want to be spunky and crazy like them, want to put a tattoo of a scorpion on the neck like them, though, getting ‘inked’ may not be seemingly a good idea at my age to many of you. If ever I am asked to confess I shall admit that I would like to go under the needle to allow me a nice diamond earring. Do you think it is too much to digest? If not, you may give it a try. Otherwise, why do they say fifty is only a number?

And a major portion of that number has already been wasted in your restroom dear friend! According to a simple calculation you have already dwelled 16.66 years in your boxy bathroom neglecting the remaining portion of your house. I expect you to take a resolution on this birthday to end this awkward discrimination permanently. Hope my small piece of advice has not violated your privacy! Let me capture this moment with an ironic humour. Three retirees were having dinner discussing life after work. The youngest of the three said, “I still wake up at 7 every morning, but now it takes me 10 minutes to use the restroom.” The second man, slightly older, felt little sympathy. “Consider yourself lucky,” he said. “I still get up at 7 every morning, but it takes me almost 20 minutes to relieve myself.” The oldest of the three chimed in sadly, “I have no problem using the restroom every morning at 7.” One of the younger retirees asked why this was so sad. The senior replied, “I don’t get out of bed until 8.”

So to avoid becoming the senior most person of the joke you need to do a lot of exercise, especially once you have reached 50. For seniors, even a small amount of exercise can have health benefits. And if somebody is already healthy, staying active helps him build extra muscle reserve and flexibility to recover more quickly if he does get sick. Exercise is not only for your body, but it can also benefit your brain. It’s been shown to decrease depression and anxiety, as well as improve and preserve cognitive functioning. “There is not a single pill that is going to provide this many benefits”, said my doctor. Let me give examples of what can happen if mind and body does not work properly. Read them carefully to get a proper understanding.

His wife in trying to cheer him up replied, “I am sure you can give it one more go. Take my older brother with you.”

“He may be nearly 60 but his eyesight is perfect”, replied his wife.

Next day, off they went to play golf. Ashish is a little shaken up because of the previous day, but confident in his brother-in-law’s eyesight. He tees up, breathes slowly and steps forward. And with an all mighty swing – drives the ball down the fairway.

He turns to his brother-in-law and asks, “Did you see the ball?”

“Of course Ashish”, replied his brother-in-law. “I have perfect eyesight”.

Ashish, all excited, turns back and says, “Where did it go?’

So dear friends, I know you have earned the right to be wrong after crossing fifty, but don’t be wrong to be not right. From now on you should live each day truly knowing that the moment you are standing is all you know for sure. So be yourself. Don’t bother about what people say about seven ages of men: spill, drills, thrills, bills, ills, pills and wills. Scream on the stand when you see Jadeja taking a brilliant catch inches from the ground in the next cricket world cup in England. Swallow a candy in joy if you want to. Get thrilled to know that you have a life to live.

You may get inspiration from Rabindranath Tagore, who began to paint only in 1928 when he was sixty-seven. Before that his paintings grew out of the doodles he did in his manuscripts while attempting to turn crossed out words and discarded lines into visually exciting motifs. But after reaching sixty-seven he painted well over two thousand paintings. It was as Abanindranath Tagore said a “volcanic eruption” that continued unabated for the last thirteen years of his life. Victoria Ocampo who noticed the expressive strength of his paintings helped him organize the first exhibition of his paintings in Paris. This was followed by a string of exhibitions across Europe, in Russia, England and America. He was the first Indian artist to be exhibited widely in the West.

So those who have crossed 50 should not feel disappointed. Get up, get out, do what you dream of doing because you have to dream before your dreams can come true. It is still not very late because life begins at fifty.